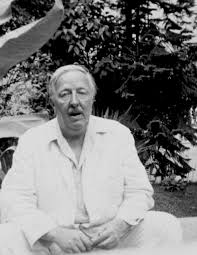 “What chance had I against those three hardened gamblers, who were all in league to conceal their hands from me? What earthly chance?”

The Good Soldier is a devastating account of four close friends – the Dowells and the Ashburnhams – whose lives are wrecked by lies and infidelity. The narrator is John Dowell, a man whose closeness to the events he describes makes for a passionate but not entirely reliable telling of what he calls “the saddest story I have ever heard.”

First published in 1915, The Good Soldier is widely regarded as one of the best novels of the twentieth century.

“I have, I am aware, told this story in a very rambling way so that it may be difficult for anyone to find their path through what may be a sort of maze. I cannot help it. I have stuck to my idea of being in a country cottage with a silent listener, hearing between the gusts of the wind and amidst the noises of the distant sea, the story as it comes. And, when one discusses an affair – a long, sad affair – one goes back, one goes forward. One remembers points that one has forgotten and one explains them all the more minutely since one recognizes that one has forgotten to mention them in their proper places and that one may have given, by omitting them, a false impression. I console myself with thinking that this is a real story and that, after all, real stories are probably told best in the way a person telling a story would tell them. They will then seem most real.”

REVIEWS OF THE GOOD SOLDIER

“I don’t know how many times in nearly forty years I have come back to this novel of Ford’s, every time to discover a new aspect to admire.” – Graham Greene

“The Good Soldier is an odd and maybe even unique book. That it is a masterpiece, almost a perfect novel, comes as a repeated surprise even to readers who have read it before.” – Jane Smiley, Guardian

“There is no more formally perfect novel in the English language.” – Martin Seymour-Smith

Ford Madox Ford (1873–1939) was a novelist and editor who published over eighty books, both fiction and non-fiction. Apart from The Good Soldier, he is mainly remembered for Parade’s End, which was adapted by the BBC in 2012.