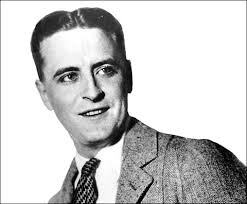 The Complete Pat Hobby Stories contains all seventeen of the short stories published by F. Scott Fitzgerald in Esquire magazine between January 1940 and May 1941. Based on his own experiences as a writer in Hollywood, this is a bitterly funny look behind the scenes at the ‘dream factory’. Despite having ‘more screen credits than a dog has got fleas’, Pat has fallen on hard times and become a hard-drinking, womanizing hack who will do just about anything to make a dollar:

“Pat was forty-nine. He was a writer but he had never written much, nor even read all the ‘originals’ he worked from, because it made his head bang to read much. But in the good old silent days you got somebody’s plot and a smart secretary and gulped benzedrine ‘structure’ at her six or eight hours every week. The director took care of the gags. After talkies came he always teamed up with some man who wrote dialogue. Some young man who liked to work.”

“In spite of his complete unsuitability for every task he’s assigned, his bad character and his generally debauched lifestyle, Pat always gets away with it at the end. It’s the most caustic, funny and well-drawn Hollywood book ever written – the perfect companion to more modern works like The Player and the HBO series Entourage. Pure pleasure.” – Anthony Bourdain, GQ

“While it would be unfair to try to judge this book as a novel, it would be less than fair to consider it as anything but a full-length portrait. It was as such that Fitzgerald worked on it, and would have wanted it presented in book form, after its original magazine publication. He thought of it as a comedy.” – Arnold Gingrich, Introduction to the first edition of The Pat Hobby Stories

“To the author these vignettes were humor sketches, and so they still seem: some of them semi-slapstick, some surprisingly poignant, and some flashing with unexpected menace like a cute animal that suddenly snarls. The Pat Hobby Stories, with its odd mix of guffaws and chagrin, is unique in the literature of Hollywood.” – Tom Nolan, Wall Street Journal

“The seventeen stories in this volume are short . . . but they are the work of a master hand. The prose is lean, swift and deadly accurate. The tone is typical of Fitzgerald after his crack-up: utterly detached, stripped of all illusion, yet compassionate enough to win sympathy for a protagonist who is essentially a rat.” – Andrew Turnbull, New York Times

F. Scott Fitzgerald (1896–1940) was working as a screenwriter in Hollywood when he wrote the Pat Hobby stories. The celebrated author of The Great Gatsby had been almost forgotten by the general public, and he died before completing his final novel, The Last Tycoon.